The Three Faces of It: Part Three 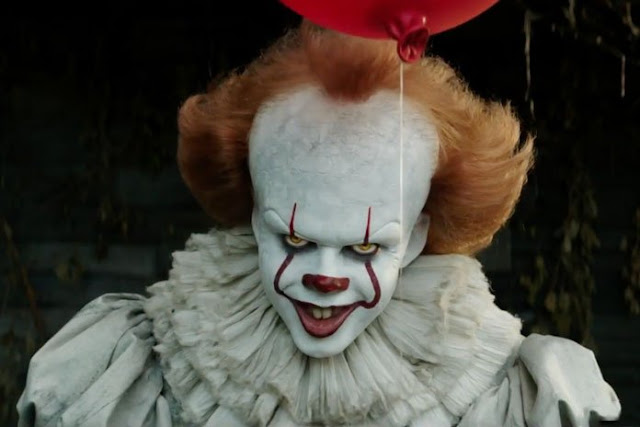 The first reports of a new It movie came out sometime back in 2009. I remember being thrilled when I first head the news and annoyed that there was so little information at that stage. Although I do enjoy the miniseries for its good qualities, I always felt the material demanded more. We needed a movie that could fully embrace the scarier elements of the story in a way that network television was incapable of at the time. Of course, these days HBO or Netflix might come up with something pretty solid if given the chance. In an era full of unnecessary remakes (Flatliners? Really?), this struck me as one that would be very welcome. That and Drop Dead Fred. Somebody get on that.

Some time later, Cary Fukunaga was announced as the director. At this point, I only knew him from his immigration drama Sin Nombre but when the first season of HBO's "True Detective" came out a few years later, I had a better sense of what this guy could really do and was even more excited for the new movie. When was it coming out, anyway? Well, not for a while yet. The studio took exception to Fukunaga's vision for the movie, which was more cerebral and unconventional than what they were hoping for. He eventually quit, although he retains a writing credit on the final script. The actor Will Poulter, most recently seen as a cop more evil than any clown in Kathryn Bigelow's Detroit, had been cast as Pennywise but left along with Fukunaga. With no director and star, the movie seemed dead. However, months later it was revealed that Andy Muschietti, the director of the visually impressive horror film Mama, had taken over and later found a new Pennywise (Bill Skarsgard).

The first thing to note is films with this kind of production trouble typically don't turn out well in the end. However, this new It is a pretty solid movie. It's also a little hard to judge at this point since we only have about half of the book accounted for. This It is really It: Chapter One, as the filmmakers tease right before the credits. Nobody knew if a second movie was even happening until the Friday it opened, when early numbers indicated a major box office hit was on the way. The studio has always seen this movie as a risk for reasons that are unclear to me. They needn't have worried and now that they have greenlit the second movie, they should also send a thank you card to Tim Curry because lingering affection for the mini-series is a big part of why people were so excited for this. Now we'll see the opposite approach and have a wave of killer clown movies coming our way. Maybe Killer Klowns from Outer Space will even get a remake.

In my view, the way to judge the success of this version will be how well the two films complement one another. Can't do that yet but there's still plenty to talk about. The "past" of the seven main characters has been moved from the 1950s to the 1980s, presumably so the "present" half can take place in the 2010s. We begin where we have to, with little Georgie Denbrough encountering Pennywise in the storm drain. This scene is ruthless in its brutality, even with some spotty CGI. It also establishes Bill Skarsgard's approach to the clown. He plays Pennywise as totally inhuman and more of a animal predator. He may be able to speak but could never pass for just a regular clown like the Tim Curry incarnation might.

What I enjoyed most about this movie is how some of the moments in the book that were too scary for TV finally come to life. The hideous leper that menaces Eddie Kaspbrak (Jack Dylan Grazer) finally appears and the House on Neibolt Street was perfectly rendered. The scariest moment was actually one the filmmakers made up - Stan Uris (Wyatt Oleff) gets creeped out by a painting in his father's office only to find the distorted figure from the painting stalking him. The imagery in those scenes was unlike any I've seen before. Muschietti has a knack for gothic visuals and gets a major assist from Chung-hoon Chung, the Korean cinematographer of Oldboy.

All the child actors playing the cast are good, which makes it unfortunate that even at 135 minutes, a few of them feel underdeveloped. Bill Denbrough (Jaeden Lieberher) is the group's leader and naturally gets a lot of screen time. Richie (Finn Wolfhard from Stranger Things, swearing up a storm) and Eddie were also great. The rest deserved more time in the spotlight. Stan's character arc feels unfinished by the time the movie ends, Ben (Jeremy Ray Taylor) and Mike (Chosen Jacbos) have weak character arcs that could use more detail, and as for Beverly (Sophia Lillis), she gets plenty of screen time but also a lame "damsel in distress" sequence which I imagine annoyed Stephen King (although he's too polite to say so...or maybe he's just glad Stanley Kubrick is dead and didn't do this one). The evil bully Henry Bowers (Nicholas Hamilton) shows up as well but gets somewhat lost in the shuffle by the end.

What I was most curious about was how the movie would handle the final confrontation with It. It turns out they took a page from the miniseries and decided that it was better just for the kids to face off against Pennywise himself rather than the Spider or the true non-physical form in the Ritual of Chud. Bev briefly sees the "deadlights" but there was one other hint that I saw of the creature's true nature - at one point Pennywise dances on a rickety stage in front of a background that appears to depict fiery orange light. As for the fight, it's more down and dirty than book readers will expect. Instead of a slingshot that fires chunks of silver, the kids pummel Pennywise with things like bats and fence spikes. Outnumbered and with its scare tactics now ineffective, Pennywise appears to perish. Of course, we know he'll be back in 27 years when they're all adults.

It should be fun to follow the progress of the second movie and casting will be especially interesting. It also means that this blog series is not quite over, but it will be dormant for the near future. With the first half a success, a lot will be riding on how Muschietti and the rest handle the final confrontation between the Loser's Club and It. Would a giant CGI spider really be that much better than the claymation Spider from 1990? Or will they take the plunge and depict the psychic battle with the Deadlights? I'm hoping for the latter, but we'll see. Keep floating, everyone.
Posted by Norphen at 4:24 PM No comments: