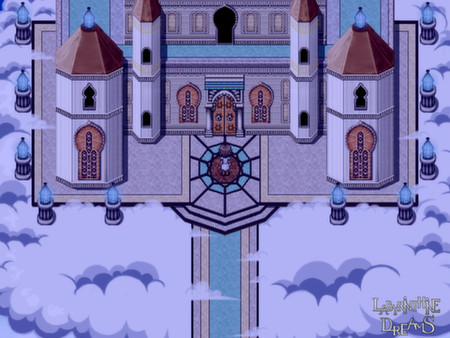 That link will take you right to our Steam page where you can check out screenshots and the spiffy new trailer that Degica made for us. It's been a long journey to get to this point...and even a long journey today, the damn thing didn't go live until 8 pm, but what a feeling.

I hope it's just the first of many more games from me and Mark. And don't worry, it won't be long until I'm back with more Tales From the Crypt, Spider-Man commentary and all the usual features of this blog. For now though, I'm in full on proud game developer mode. Check the game out and tell your friends!
Posted by Norphen at 11:12 PM No comments:

Labyrinthine Dreams on Steam May 23! 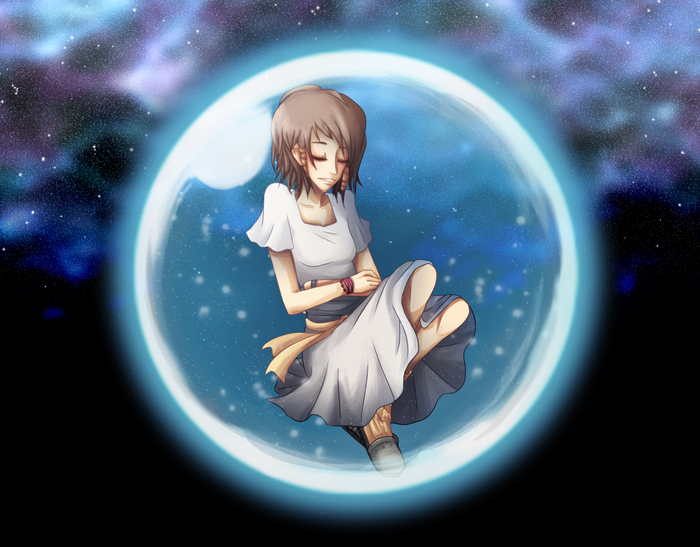 It's been nine months since our successful Kickstarter last year...a lot longer than we originally expected. While it may have been protracted, particularly during a frustrating stretch of inactivity last autumn, the overall development has gone extremely well. We used our funds to hire three artists, a composer, and even voice actors to bring this story to life. The results have been incredibly satisfying to see and now all that's left is to get it ready for Steam.

Originally, we thought it would be a long time after the game's release before we had any shot at Steam. Perhaps we would never make it on there. That all changed when we were approached by Degica, the company that translates RPG Maker into English. They wanted to become our publisher and include us in a slate of RM games that have been coming out on Steam for the last two months or so. So now we've got the ideal platform, we just have to see what people think of the actual content.

There's not a whole lot more to say yet, especially when we've said a great deal already on our website. If you want to learn more about Labyrinthine Dreams, check these out.

One week from now, I'll be back here to celebrate the release. For now, mark those calendars!
Posted by Norphen at 3:24 PM No comments:

With Great Budget Comes Too Much Responsibility

(Don't ignore your spoiler sense because it's going off right now)

It's hard to remember now that we're at the fifth Spider-Man movie in 12 years, but when the original Sam Raimi Spider-Man starring Tobey Maguire came out in 2002, superhero films were actually quite rare. Bryan Singer's first X-Men film had shown their potential a year before, but the runaway success of Spider-Man meant that they would be showing up at movie theaters for a long time. Marvel Comics took things to the next level by producing movies themselves, introducing a slate of films featuring various characters that would all eventually join The Avengers. It was the cinematic equivalent of an interconnected comic book universe and audiences have been eating it up. If you're making superhero movies right now, you're either Marvel or you're trying to be Marvel. Warner Bros is certainly going that route with the DC characters - a few years from now, Ben Affleck's Batman will team up with Henry Cavill's Superman from Man of Steel, with a Justice League movie planned for a few years after that.

That leaves Sony in a bit of a strange position. The whole reason this reboot even happened was that they could retain the rights to the character but what will they do without any other superheroes in their stable? The answer seems clear after watching The Amazing Spider-Man 2, which is stuffed with so many different aspects of the Spidey mythos that its massive two-and-a-half hour length just barely covers them all. In addition to the cast from last time, there are three new supervillains and an onslaught of various names familiar to those who know the comics. Lesser known characters like Felicia Hardy and Alistair Smythe have smaller roles which may or may not be developed in further sequels. The Ravencroft Institute, Marvel's kinder and gentler Arkham Asylum, appears in a few scenes, although the head psychologist Dr. Ashley Kafka has been inexplicably made into a male character with a stock Dr. Mengele-esque mania. J. Jonah Jameson, absent from the last film, appears here only in e-mail form and it's actually one of the movie's funniest bits. There were even plans for some scenes featuring Shailene Woodley as Mary Jane Watson, but those reportedly were cut from the final film.

Enough of the nerdy tidbits...the main plot is busy enough. Still haunted by the death of Captain George Stacy in the previous film, Peter Parker (Andrew Garfield) agonizes over whether or not it's responsible to be in a relationship with Gwen Stacy (Emma Stone) when his double life puts him in so much danger all the time. Meanwhile, his long lost friend Harry Osborn (Dane DeHaan) has returned from abroad. DeHaan, who played a similar character in the underrated Chronicle, is the best part of the movie. There's a chilling scene early on featuring him and his father Norman Osborn (Chris Cooper), who is dying from a mysterious illness that just happens to make him resemble a green-skinned goblin. The illness is hereditary, forcing Harry into increasingly desperate schemes which lead to his transformation into the Green Goblin. The reboot's greatest strength has been its casting and this is no exception. DeHaan gives a fantastic performance, although for the bulk of the movie, Spidey's main adversary is Electro (Jamie Foxx).

It was an unexpected casting announcement, but it mostly works. Foxx channels the inferiority complex that drove the character of Max Dillon, a nerdy engineer who gains the power to manipulate electricity after a bizarre accident. Unfortunately, once he transforms, the actor has a lot less to work with. The movie has gone with the blue-skinned Dr. Manhattan rip-off look from the Ultimate Spider-Man continuity...too bad, I would have enjoyed seeing Foxx in the classic yellow lightning-bolt mask. His battles with Spider-Man aren't the most satisfying unfortunately. There are a few neat shots here and there, but by and large the action moves just too quickly and is buried under the conspicuous CGI. I also really could have done without the bizarre nu-metal music that seems to represent Dillon's inner monologue (the whole soundtrack of this movie was surprisingly intrusive, even for a superhero film).

Meanwhile, Peter is also investigating the mystery left behind by his dead parents, which was briefly discussed in the last film. While it might seem like a burdensome subplot, it leads to most of the movie's most emotional moments. This is largely because of the acting from Campbell Scott as the stoic Richard Parker and Sally Field as Aunt May. In general, the human element of this film is stronger than its predecessor; I really liked how Spider-Man was constantly saving random pedestrians from the destruction wrought by his battles with supervillains. It was a nice contrast to Man of Steel and Superman's flagrant disregard for the tens of thousands of people who must have died during the final battle in Metropolis. During the climactic battle with Electro, director Mark Webb keeps cutting to a plane overhead that has been affected by all the electrical craziness going on. It's perplexing at first, but I was grateful that the movie was reminding its audience of all the ordinary lives in the balance. After all, those people are the reason a superhero does what he does.

And while we're on the subject of human moments, we should talk about Gwen Stacy. Ever since the fans knew she would have a major role in this series, we all wondered if the writers would do that storyline. Going into this movie, I still wasn't sure. But when I saw Emma Stone wearing that iconic green coat and purple skirt...and then the Green Goblin showed up...I felt that unique anxiety of knowing what's about to happen, like when Robb and Catelyn Stark went to a certain wedding to try and make amends with Walder Frey on Game of Thrones. Some of the details are different, but it's an absolutely wrenching moment that will really shock Spidey-newbs. Regardless of the movie's problems, any fan should check this out just to see this legendary storyline come to life.

With that in mind, it feels unusually crass when the script starts frantically setting up future sequels after Gwen's death. It illustrates the main issue with the movie, which has four different writers credited for the screenplay. It's not a story so much as a checklist. I guess when a movie has a huge nine-figure budget, the studio expects the tracks to be laid down for more content. Continuity is fun but in this case, it really got in the way. The film has such a hard time living in the moment that when a great moment like Gwen's death happens, it feels like the acting and direction working in spite of the script rather than because of it. At the beginning of the film, Spidey captures a Russian thug named Aleksei Sytsevich (a hilarious Paul Giamatti). At the very end, after two knock-down drag-out fights with Electro and the Green Goblin and Gwen's death, Sytsevich shows up again as The Rhino, a true B-list Spider-Man villain. You just want to shout "enough already!" as the movie heads towards yet another "final battle."

So what's next? Well, it's clear from the movie's ending scenes that the Rhino will eventually be part of the Sinister Six. The movie wisely kept Harry Osborn alive, so he is likely to lead the group of miscreants. Based on a few telltale shots in the laboratory scenes, it appears The Vulture and Doctor Octopus will be joining the team as well. Frankly, I'm more interested in what the series will do with Peter's personal story. With Gwen dead and Mary Jane still not introduced, it would be refreshing for the writers to explore one of his other romances. Will Felicia Hardy assume her Black Cat identity next time around? Will Electro find a way to return and menace Spidey further? There was no body and in soap operas and comics, if there's no body, they're not dead. Will we ever get to see someone play Mysterio? Man, I'd love that.

It's funny how I always have more fun speculating about what the next movie will be than I do actually watching them. I suppose when there are so many competing visions of the characters and the world, the most fun an old-school fan can have is just observing how each iteration sifts through the source material. Looking forward to more of that.

Posted by Norphen at 9:56 PM No comments: