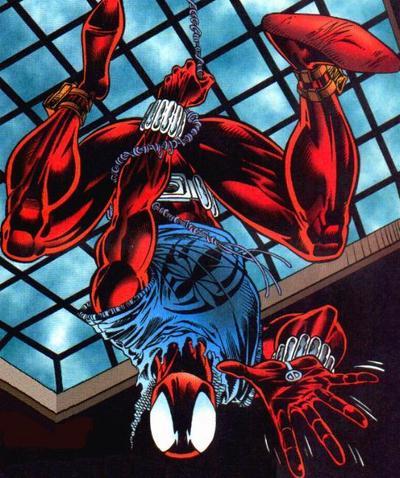 Well, here we are again. The last collection of the Clone Saga felt like something of a climax, but there was still a lot left before it actually ended. Back when these issues first came out, it started to feel like we would never be going back to the status quo – Spider-Man adventures that were somewhat standalone without massive crossovers and BIG CHANGES every month. Big-time “events” are fun every so often, but you get sick of them eventually. After all, if there’s always SHOCKING TWISTS, they stop being shocking after a while. Twists are only effective because of how they differ from the status quo. It obviously doesn’t help if the twists are lame, either.

The previous installment of the saga ended with the revelation nobody wanted – the man we had known as Peter Parker so long was actually a clone. The newcomer, Ben Reilly, was in fact the genuine article. Thankfully, Parker’s angst about this was more or less resolved by the end of “Maximum Clonage,” so now the duplicates wrestle with the question of whether New York needs two Spider-Men, and if it doesn’t, which one of them will keep it up? That’s what we deal with in the fifth book of this “Complete Clone Saga Epic,” but I have to say I’m pretty disappointed with just how much filler bogs down this volume. As with the horrid “Planet of the Symbiotes” story that ate up space in Volume 3, Marvel seems determined to give us EVERY story that ran during this period, even if it was just random supplemental stuff that didn’t contribute anything to the Clone Saga at large. Thoroughness is appreciated, but it gets out of hand this time.

Volume 5 starts with an issue of the New Warriors, a superhero team that the Scarlet Spider joined. There are a few NW comics mixed with this collection, which is okay because it resolves a loose end from “Maximum Clonage” – Helix, the genetic aberration that resulted from the Jackal’s experiments. His bizarre powers and violent behavior prove to be quite a handful and the team struggles to figure out what to do with him. After that, we get a totally unrelated five-part story which pits the Scarlet Spider against the Lizard and some team of mercenaries. It’s aggressively uninteresting, goes on for what feels like an eternity, and has nothing to do with the Clone Saga. 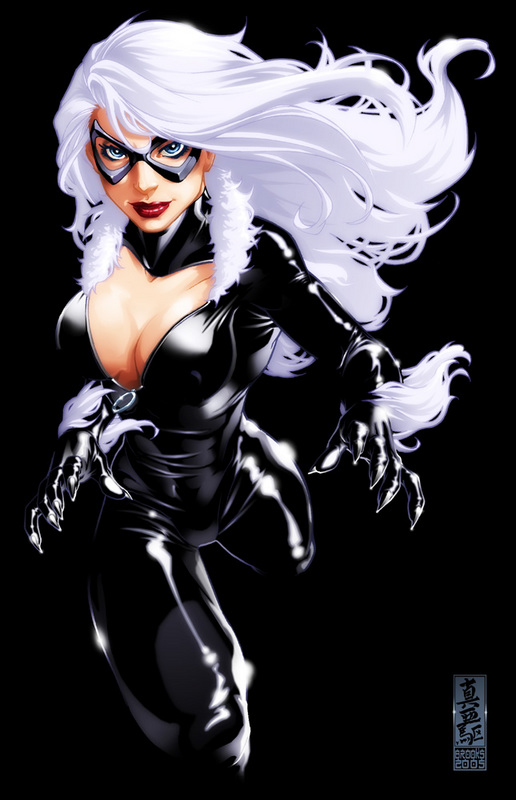 If you make it through that, we get to “Exiled.” This is basically three separate stories, and I think only linked together because Marvel had gotten so used to these multi-part crossovers. The first installment involves The Black Cat, and the fourth involves the Vulture. Sandwiched between the two is a short story arc that depicts how Ben Reilly came to meet his friend, the geneticist Seward Trainer.

Things get much crazier with the two-part “Time Bomb” story. Think Spider-Man meets The Manchurian Candidate. Specifically, a post-hypnotic suggestion planted by the Jackal (and set off by his cryptic last words before his death in “Maximum Clonage”) sends Peter Parker into an uncontrollable rage and Mary Jane has to run for her life. The New Warriors show up once again to halt Spider-Man’s unwilling pursuit, and he basically makes them all look like amateurs. But eventually he manages to resist the programming through pure will. The story was just kind of depressing. It seemed to be yet another indicator that Peter Parker was really, truly a clone…which nobody particularly wanted to be true.

Finally, we have the three-part “The Greatest Responsibility.” In this collection, parts two and three are separated by a completely random team-up between Spider-Man and the X-Men that’s really long and totally irrelevant. Enough with the filler already, sheesh! The story introduced a new Doctor Octopus, a young woman named Carolyn Trainer (Seward’s daughter). She didn’t have the charm of the original, but oh well…the mystical ninjas will be along to resurrect him eventually. Both Spider-Men get involved and the bond between them carries this story along. Meanwhile, Mary Jane is farther along in her pregnancy and the couple’s upcoming parenthood becomes impossible to ignore. By the end, Parker has given up his superhero duties, handing it over to Ben.

A brand new Spider-Man? Did anyone really want this? I know I’ve said that a few times, but I really feel like this whole nonsense was just pushed on the fans because Marvel had this stupid notion that Parker was too old, too married, too boring to appeal to readers. The narration in the third part of “The Greatest Responsibility” is insufferable, transparently forcing the agenda of the writers on to the readers. But that’s the way it was at the time, and some more silly stunts were on the way.

As of this writing, I can’t find a release date for the sixth volume of this Clone Saga collection, meaning that this series is on hold indefinitely. But fear not, I have a new fifteen-part one that’s coming up and should keep this blog at lest semi-busy all through the summer, if not until Oscar season.
Posted by Norphen at 10:58 AM No comments:

When people evaluate movies, they usually have at least one of two things in mind when deciding if they like it or not.

1. The artistic quality: Does it display impressive craftsmanship? Does it show innovation in terms of its writing, editing or art direction? Does the story offer a new or interesting perspective on its subject matter?

2. Entertainment Value: Does it hold your attention? Does viewing it provide a fun time in the theater? Is it emotionally rewarding to watch?

The best movies will satisfy both of these requirements. However, there are times when they come in conflict with each other, and this is a topic I don't think is discussed enough (in a mature fashion, at least) in movie-buff land.

It's pretty common to find films that outright fail Question 1 while passing Question 2 with flying colors. We all have "bad" movies that we have more fun watching than "good" ones. Plan 9 From Outer Space, Commando, Troll 2, The Room, etc. These are movies where the viewing experience is so fun, that it basically transcends the need for genuine artistic merit and becomes a different, and I think equally legitimate, kind of "good."

But what about the reverse scenario? A movie that has undeniable artistic merit but is not so fun to sit through? This comes up every so often and it can be super frustrating. Can a movie really be "good" if it bores you? Tough question. Let's look a few examples. (Disclaimer: Examples of this will obviously vary from person to person. This is all opinion and I'm sure these classic films will continue to be admired long after I hit "publish post" on the blogger page. So chill.)

Why Classic? Famous piece of silent cinema. Max Schreck's amazing performance and the impressive makeup involved. Adapted Bram Stoker's Dracula before the American version with Bela Lugosi. A few visual effects sequences that defied the technological limitations of its era and still leave scholars in awe.

The Problem: Large portions of it are just....uninteresting. The editing in the third act is borderline incoherent and it's damn confusing trying to figure out where everyone is...and not that good David Lynch sort of confusing, either. You can't blame it on being a silent film either, I've seen enough to know that some have aged much better than others. Films like The Cabinet of Dr. Caligari, The Love Light, The Lodger, Metropolis, and pretty much anything from Charlie Chaplin or Buster Keaton demonstrate that the best ones are still gripping. This one comes off like it just needed some more work, but I'm definitely in the minority and this is frequently cited as a silent classic and one of the best vampire films ever. Actually, that last part might be true. Vampires have a pretty bad track record throughout film history. Thankfully, Count Orlock doesn't sparkle.

Why Classic? Influenced a generation of science-fiction storytellers. Phenomenal use of classical music. Brilliant use of symbolism. Stanley Kubrick's mad skills and all-around superb cinematography. HAL the evil computer - "I can't do that, Dave." Stoners like the part where the astronaut goes through the wormhole.

The Problem: I've read so much about why this movie is a classic and perhaps one of the greatest ever made...so why can't I stay awake any time I try to watch it? The part at the beginning with the apes is great. And when HAL turns on the crew, that scene and the rest of the movie afterwards is great. But this is a long film and just about nothing happens between those scenes I mentioned. People float in space, you see the spaceship crusing along, maybe someone will use a computer for a bit, people float in space, etc. And despite my best efforts, eventually my eyelids start getting pushed down. Are great movies supposed to put viewers to sleep? I'm not exactly some ADD-riddled teen who needs explosions every five minutes, either. I have a Bachelor's Degree in Cinema Studies and I've sat through some seriously slow-paced inpenetrable movies that still managed to keep my attention. But the acclaim for this particular movie is so damn omnipresent that it must just be my problem.

Why Classic? Solidified zombie tropes that George Romero himself invented in Night of the Living Dead (the real masterpiece, in my view). Placing zombies inside a mall to comment on widespread American superficiality was the kind of inspired satire uncommon to horror films. Tom Savini's excellent makeup and gore effects.

The Problem: The same problem with the other two...most of Dawn of the Dead is friggin boring! I remember enjoying it for the first half-hour or so, but once the main cast gets secured inside the mall with zombies kept safely at bay, things go downhill. They avail themselves of the mall's many material comforts, and obviously this is all part of Romero's social commentary. Unfortunately, neither the dialogue or the performers speaking it are up to the task. We're left with what feels like an eternity of characters just hanging out until the zombies inevitably become a threat again. As the 140 minute film drags on and on, you start to understand why so few horror movies cross the 2-hour mark. Once a psychotic biker gang comes into the mall, the movie roars back to life and it's almost enough to save things. Almost.

I watched it with three other friends and we all were seriously disappointed. We are definitely in the minority. People love this and frequently cite it as one of the best horror movies of all time, if not THE best. What always goes through my head is, "Sure it's hugely influential. But when's the last time you actually tried to watch the damn thing?" Does having a brilliant concept get you a free pass for a lack of entertainment value? Over time, the non-stop praise for this bore turned my disappointment into outright anger and resentment for the original Dawn of the Dead. It drove me to commit a cardinal movie-buff sin - my DVD collection features Romero's Night of the Living Dead as well as Day of the Dead, the third one in the series. Sandwiched between them...is Zack Synder's remake of Dawn of the Dead. Yeah, that's right. The remake can't claim any influence, but at least it was a zombie movie with some actual friggin' suspense.

I could probably come up with more, but you get the idea. If anyone has any thoughts on these situations or has other movies in mind for the "classics that suck to watch" distinction, feel free to share!
Posted by Norphen at 2:17 PM No comments: