The Labyrinthine Dreams Kickstarter is on! 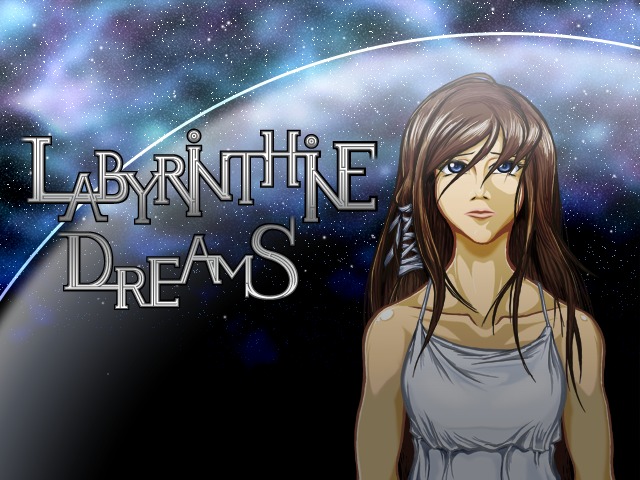 If you click this link and help us out with a donation, you'll have my eternal gratitude!

Nerve-wracking stuff, this crowdfunding business. We've put a dream of ours in the hands of the masses. But if it works out, Mark (ArtBane) and I will be able to work towards a major milestone in our personal and professional lives. The short version of this is that we're seeking $6,000 to enhance our puzzle game Labyrinthine Dreams. Most of the funds would go towards hiring a couple of professional artists, with other portions meant for expected business and marketing costs. If we're able to secure the money and get this work done, we'd have a real commercial game that had a chance in the competitive independent game market.

Regular readers of this blog know that I've got a long history with RPG Maker. Our six-year collaboration on Master of the Wind was how Mark and I made a name for ourselves in the RPG Maker Community, who bestowed a highly generous amount of acclaim and awards on us that remains humbling. Since then, we haven't been quite as focused. I took some time to write my novel The World Beyond and later, we began to work on our detective game X-Noir. We had some thoughts of a commercial future for X-Noir, but now that we're about two-thirds done with it, it seems that will not be its destiny. It's a little too odd, too tough to refine into something with a feasible commercial future. We needed something that would be ambitious and unique without being too sprawling and difficult to polish. Enter Labyrinthine Dreams.

We had seen a few of our friends successfully put together games that were fairly short, but highly focused in their story, gameplay and art style. Meanwhile, we had spent 2005 to 2011 on one of the longest completed RPG Maker games ever released. X-Noir was meant to be on a smaller scale, but the highly detailed nature of the game's story has turned into a fairly big undertaking itself. This time, the game would be designed so that players could complete it in about an hour and there would be one consistent gameplay mechanic throughout - mazes. With this project, Mark had a chance to tackle an idea he'd been holding on to for a while - a game set inside a dream. He had briefly worked on a previous game with this concept called Vacant before we determined that I'd be back in the writer's seat.

It was interesting timing to be sure - I had just returned from the hospital after the birth of my sons. Vacant had been dark and sinister, but I wasn't necessarily feeling dark and sinister. My mood was something like exhausted triumph. The year that led up to the birth was packed with drama, adversity and confrontations, but my wife and I had gotten past them all and now we had two cute little guys. I could go into more detail, but one of the Kickstarter rewards is an audio commentary so I should probably save it until then. But in general, I wanted to distill my experience into a story that was vague enough so others could relate to it. I'd say there's two main themes of Labyrinthine Dreams - one is an old-fashioned arc of perseverance and redemption, the other is a critical look at the toll that our cultural obsession with productivity and profit takes on quality of life.

We've got a full playable version of the game now that gives a good sense of the story and gameplay, but as with all our projects, it's art that we need some help on. There's a four-minute video on the Kickstarter page that gives a few more details. I hope you'll decide to help out, either by donating or by spreading the word. Thanks!
Posted by Norphen at 10:27 PM 1 comment: