Depression is one of those subjects people prefer to keep under the rug. It’s intimidating subject matter, both for those with or without experience with it. But every so often, something happens that makes everyone take notice. By now, you’re surely aware of the death of Robin Williams. For people my age, it’s nigh impossible to imagine our childhood without him. More upsetting still is that the death appears to have been a suicide. If an Oscar-winning actor and comedian who made a fortune off his talent and was beloved all over the world can still be taken down by depression, things don’t look so good for the rest of us.

And yes, I am included in the “us” category. People who know my work probably aren’t surprised to find out I have depression. It tends to show up a lot in my body of work. Eddie Humphrey is the most obvious one, but Beth, Drew Stephenson, Cade Mistral and Stoic all dealt with it. Stoic reaching a breaking point and sealing himself inside a cave for centuries to escape all the hurt from the outside world was quite a personal sequence. Everyone’s experience with it is different – when it’s bad for me, I get in these moods where everything pisses me off and I just want to be left alone…except not really, because then it’s just me and all the thoughts about how I suck, I can’t do anything right and I’ll never have any real kind of success.

I’ve dealt with depression for almost 20 years. For a lot of those years, people pointed me towards anti-depressants as a possible source of relief. I resisted for a long time. I never looked down on other people who used them, that’s not the kind of thing I do and I believe people need to make their own choices based on their own circumstances, but for me it was a no-sell. Why? I had all sorts of reasons.

The corporate culture of anti-depressants bothered me, and still does. Believe it or not, it used to be illegal to have commercials for those drugs on television. Something got passed during the George W. Bush administration that changed that and suddenly they were all over the place. That created a strange association in my mind…I felt like the world was telling me that if I was dismayed about the direction the country was going in, it meant something was wrong with me and I needed to be put on meds. I would think to myself, “Fuck that! Bush is a terrible president and depression is the only natural response to what he’s doing!” There was also the side-effects, which can be nasty if you’re not careful. Anti-depressants have a reputation of halting creativity in people and that frightened me. Writing stories has always brought some solace and I felt if I lost that, it would compromise any other benefits I got from the stuff.

But after a lot of talking and a lot of thinking, I realized there was a much deeper fear driving all of this. I saw anti-depressants as a threat to my very identity. I felt that taking them would fully acknowledge depression as a purely medical problem, and not a cause-and-effect result of experiences like my sister’s death, years of being picked on in school, witnessing 9/11 firsthand in New York City, etc. I needed that cause-and-effect line of thinking to make sense of my life. If I was going to be depressed no matter what, then those experiences were essentially meaningless…and I need them to have meaning or else life just seems totally pointless and cruel. 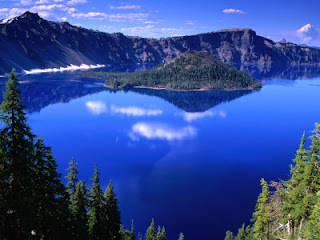 I think of it differently now. It’s like the difference between alcoholism and addiction. Alcohol is a man-made substance, there’s no gene for alcoholism, how could there be? But there is a gene for addiction and addiction is the disease. A lot of times alcohol is the problem, but it could be any number of things – cocaine, heroin, gambling, coffee, cutting yourself, World of Warcraft. Similarly, the capacity for depression is what I was born with…and life threw more than enough at me to feed it. I might have struggled without those incidents, but it wouldn’t have been the same.

Because here’s the thing, and this is the most important part of all this, my life’s been on an upward curve ever since college. I am a husband and father now. I have a nice little house to call my own. I’ve gotten the chance to finish a number of stories that were sitting in my head for years. I have a movie collection that beautifully reflects my passion for film. I’ve gotten to see amazing sights like the rugged Castle Tintagel in England, the impossibly blue water of Crater Lake, the incomparable landscape of New Zealand, with many years in my life left to see more. Yeah, there are still struggles. My kids interrupt my sleep on a routine basis, America’s in really tough shape, we haven’t yet been able to turn our games into something that can support us financially. But if I am still plagued by moods where I’m incapable of appreciating what I have, the problem is still not solved.

If there’s a lesson to be learned from what happened to Robin Williams, it’s that you can’t beat depression just by living well. The guy accomplished so much but still struggled. Left unchecked, depression is a monster without empathy who absolutely will not stop until you are dead.

So a few months ago, I finally said enough was enough and started taking the pills. It was hard for me, I worried about being a hypocrite. I was afraid of the side-effects, although I am still writing. At first, it didn’t even work. I had to increase my dosage because the depression had simply adjusted to it. I still don’t know if it will be enough. But I can’t do nothing, and neither can you if you have similar struggles. It’s not cowardly or anything like that, it’s simply the will to survive. No matter what happens, you have to try your best to hold onto that. RIP, Robin Williams.
Posted by Norphen at 6:16 PM No comments: