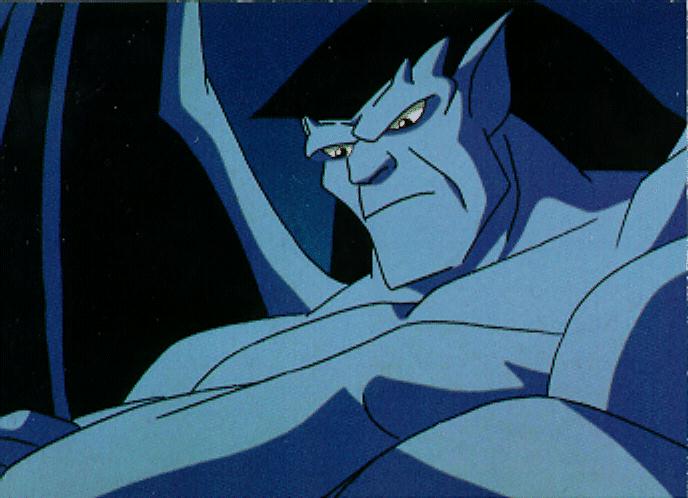 After years of waiting, it looks like fans of the outstanding 1990s cartoon Gargoyles may finally get the rest of the series on DVD.

A little background about these releases - Disney put out the entire first season on DVD in 2004. In 2005, we got Season Two - Volume One. It made sense to break it up because the second season was over 50 episodes while the first had been only about a dozen. I bought both and was delighted at the chance to experience this show once again. Fans waited with excitement for the second half of that season...and waited...and waited. Years went by. Creator Greg Wiseman told fans at a convention that Disney had abruptly scrapped plans for the release (Season 3 is also unreleased, but Wiseman wasn't involved with that one and it is typically considered as outside of the canon by most of the fans).

Last year, rumors began to circulate that Disney might finally release the rest of Season 2. I wasn't aware of these rumblings until recently and decided to contact Disney on my own. Here was the response.

Thank you for taking the time to contact us! We truly appreciate your interest in Gargoyles.

At this time, we have a 2012 tentative release set. Although there is no additional information currently available, we would be more than happy to share this great suggestion with the rest of our team for future consideration! We truly appreciate the feedback from all of our guests!

You may also be interested in visiting our website at www.disneydvd.com for updates and new title announcements.

There's no official listing for it on that DisneyDVD site and the use of the word "tentative" suggests that this is not a done deal yet. So if anyone reading this would like to see this on DVD, I'd suggest sending an email regarding your interest to disneyinfo@disneyhelp.com. In my email, I wrote about my fond memories of the show, how I would be sure to buy it when it came out and how it still has a lot of loyal fans who would do the same. If they get enough emails like that, we might finally get this in a few months!

On a more personal note for this blog, this series would immediately become the next subject of the "Nostalgia Series" if this works out.